the Second in the Amber series. It is an unengaging book, the plot being involved with the sibling rivalries of the Amberites, and altogether, the first disappointing book I'd read from this author ... Читати огляд повністю

Reading the series 20 years apart provides an interesting experience. I remember that as a teenager I wanted to be like Corwin, awesome and angry. As a somewhat adult I see the events more differentiated. Corwin does not seem nearly as awesome anymore. Читати огляд повністю

Roger Zelazny was born in Euclid, Ohio on May 13, 1937. After receiving a B.A. from Case Western Reserve University and a M.A. from Columbia University, he began publishing science fiction stories in 1962. He received six Hugo awards, three Nebula awards including one in 1966 for And Call Me Conrad and 2 Locus awards. He died of kidney failure secondary to colorectal cancer on June 14, 1995. 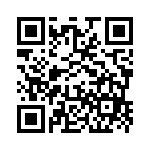