In America by Design, A World without Women, The Religion of Technology, and Digital Diploma Mills (BTL, 2002), David F. Noble has reshaped our understanding of the evolution of technology, religion, and education.† 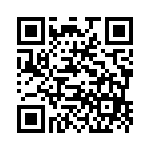