Sara Halprin is a writer, therapist, and teacher who lives in Portland, Oregon. Marge Frantz taught history for many years at the University of California, Santa Cruz. 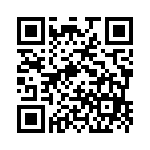