A native of New York City, Rice studied law and passed his bar exams. However, he immediately began writing, and On Trial (1914), which employed a flashback technique, made Rice an important playwright at age 22. He proceeded to study under Hatcher Hughes at Columbia University, where he also directed. He helped found the Playwrights' Company in 1938, the Dramatists Guild, and other groups. In 1951 he came to the defense of actors whose allegedly left-wing associations were causing them to lose their jobs. During his 45 years in the theater, Rice wrote 50 full-length plays, 4 novels, and several film and television scripts, as well as his autobiography and The Living Theater (1939), which appraises the theater in terms of the social and economic forces affecting its development. His two masterpieces are The Adding Machine (1923), an expressionistic comedy wherein the hero remains a cipher in mechanized society, and Street Scene (1929), which was originally entitled Landscape with Figures because Rice considered "the [tenement] house as the real protagonist of the drama." The plot's crime passionel is but one aspect of the crowded panorama of tenement life. Robert Hogan writes in assessing Rice's career, "Rice has produced a remarkable body of work---large, varied, experimental andhonest . . . . As a consistently experimental playwright he is rivalled in our theater only by O'Neill."Rice won the Pulitzer Prize for drama for Street Scene. 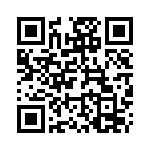