—ÚÓū≥ŪÍŗ 329
Among the Celts of Ireland, and among the Slavic peoples of eastern Europe,
especially the Russians, Poles, Czechs, Serbs, and Bulgarians, there was an
early tradition of composing epics, and from each of these peoples, epic poems
have ...
—ÚÓū≥ŪÍŗ 444
And the solution of it was now beyond Rome ' s powers . These Barbarians broke
down the enfeebled Roman government and trade , and pushed western Europe
downward into a crude agricultural economy . The towns decayed , and the ...
—ÚÓū≥ŪÍŗ 449
Toward the middle of the century, France and England entered on what was to be
a Hundred Years' War, and all Europe was ravaged by the Black Death. France
no longer dominated culture. In Italy, the classical enthusiasm of Niccolò Pisano ... 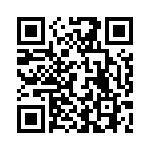