Ńňîđłíęŕ 35
THE SPIRITUAL APPETITE AND ITS FOOD, “Suppose,” I said, “that nobody has
found the truth, is that sufficient ground for saying that nobody ever will find it? or
that there is no such thing as truth to be found P Are the ages so nearly done that
...
Ńňîđłíęŕ 182
“Nearly all these are inveterate believers in my selfishness, and “prejudiced
against those truths and principles which I am ... power within; the truth—any truth
, but especially truth of the holiest and profoundest order, really and tenaciously
held ...
Ńňîđłíęŕ 367
a boy almost, the scheme of Christian truth presented itself efore his eyes with
such singular distinctness. The later volumes of his sermons, of course, as might
be expected, unfold this; still, in many instances, we might refer to many of these
... 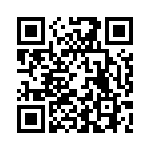