Ńņīš³ķźą 83
It can , of course , be argued that the Christian should be a complete pacifist . Indeed it is often so argued , notably by those who send money to African terrorists . In general , however , the attitude of most Christian Churches is ...
Ńņīš³ķźą 373
Provided unimpeded , to take its course , or the President does not grasp at more frankly carried the can ' for his than the constitution allows him , or subordinates ' errors , accepting the bend the law too flagrantly , he is the ...
Ńņīš³ķźą 437
This he to get a grant of arms from me , but duly did , paying , I have no doubt , I have of course no jurisdiction in for his relative's Patent as well as America , and as aliens they cannot for his own matriculation . 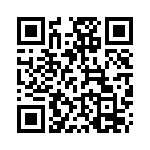