Nathaniel C. Comfort is an associate professor in the Department of the History of Medicine at the Johns Hopkins Medical Institutions. 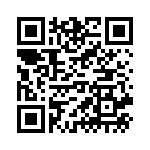