—ÚÓū≥ŪÍŗ 168
The terms of all other land of the grantor court held that the latter part of the in the
state . The land in question was description embraced only things ejusnot in any
of the tracts specifically dem generis with those before mendescribed , but it was
...
—ÚÓū≥ŪÍŗ 858
the path of municipal progress , and gotten rid of , was held to be libelous , with
being a reactionary , could not be in Petsch v . Dispatch Printing Co. held to bring
him into public hatred , ( 1889 ) 40 Minn , 291 , 41 N. W. 1031 , contempt , or ...
—ÚÓū≥ŪÍŗ 1106
Thus , a warehouseman who operated an ordinary warehouse , not a cold
storage one , has been held not liable for losses resulting from the freezing of
turnips stored in his building , when it appeared that there was no agreement to
furnish a ... 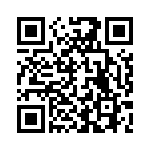