Paul Roazen is professor emeritus of social and political science at York University in Toronto. He is the author of The Trauma of Freud: Controversies in Psychoanalysis, The Historiography of Psychoanalysis, Freud: Political and Social Thought, Encountering Freud: The Politics and Histories of Psychoanalysis, and Brother Animal: The Story of Freud and Tausk, all available from Transaction. 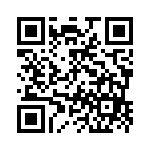