Сторінка 2 - The antechapel where the statue stood Of Newton with his prism and silent face, The marble index of a mind for ever Voyaging through strange seas of Thought, alone.
З’являється у 530 книгах від 1850 до 2007

Rodney Stenning Edgecombe is Associate Professor of English at the University of Cape Town. He studied at Trinity College, University of Cambridge, where he received his PhD in 1981. He has won numerous prestigious prizes including the Royal Society of St. George Prize for English at Rhodes University and the Members' English Prize at Cambridge in 1978/79. He is author of numerous books and articles on the work of George Herbert, George Crabbe, Patrick White, Muriel Spark, Thomas Gray, Richard Wilbur, Leigh Hunt and Howard Nemerov. 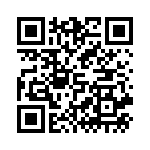