This was a very thoughtful and articulate book, offering one man's well-supported opninions and musings regarding the origins of life on earth and the universe. The Cardinal Schonborn offers his ... ×čňŕňč îăë˙ä ďîâíłńňţ

This is a very good book on a very Timely subject. Science and Christian Belief. Cardinal Schonborn has that gift of making difficult subject matter easier to understand, while not distorting it by ... ×čňŕňč îăë˙ä ďîâíłńňţ

Cardinal Christoph Schoenborn, the Archbishop of Vienna, is a renowned spiritual teacher and writer. He was a student of Joseph Ratzinger (Pope Benedict XVI) and with him was co-editor of the monumental Catechism of the Catholic Church. He has authored numerous books including Jesus, the Divine Physician, Chance or Purpose?, Behold, God's Son, and Living the Catechism of the Catholic Church. 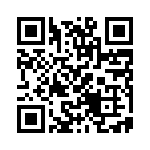