??? Question marks would be my best review. I listened to the audio version after reading a review that said the narrators were good and it made the story easier to understand. I can attest that the ... Читати огляд повністю

The book is more like a collection of short stories, or perhaps even story fragments, than a book as such. But it just might be the point that our brain is much like that. Читати огляд повністю

Nobel Prize winner (1969) Samuel Beckett was born on April 13, 1906 near Dublin, Ireland into a middle-class Protestant family. As a boy, he studied French and enjoyed cricket, tennis, and boxing. At Trinity College he continued his studies in French and Italian and became interested in theater and film, including American film. After graduation, Beckett taught English in Paris and traveled through France and Germany. While in Paris Beckett met Suzanne Deschevaus-Dusmesnil. During World War II when Paris was invaded, they joined the Resistance. They were later forced to flee Paris after being betrayed to the Gestapo, but returned in 1945. Beckett and Deschevaus-Dusmesnil married in 1961. Samuel Beckett's first novel was Dream of Fair to Middling Women. Among his many works are Murphy; Malone Dies; and The Unnameable. His plays include Endgame, Happy Days, Not I, That Time, and Krapp's Last Tape. In 1953, the production of Waiting For Godot in Paris by director and actor Roger Blin earned Beckett international fame. Beckett was awarded the Nobel Prize in Literature in 1969. His style was postmodern minimalist and some of his major themes were imprisonment in one's self, the failure of language, and moral conduct in a godless world. Despite his fame, Samuel Beckett led a secluded life. In his later years he suffered from cataracts and emphysema. His wife Suzanne died on July 17, 1989 and Beckett died on December 22nd of the same year. 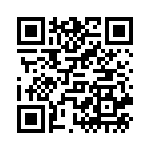