Ńňîđłíęŕ 159 - There was a sound of revelry by night, And Belgium's capital had gathered then Her Beauty and her Chivalry, and bright The lamps shone o'er fair women and brave men ; A thousand hearts beat happily ; and when Music arose with its voluptuous swell, Soft eyes looked love to eyes which spake again, And all went merry as a marriage bell...
Ç’˙âë˙şňüń˙ ó 1145 ęíčăŕő âłä 1816 äî 2008
Ńňîđłíęŕ 159 - twas but the wind, Or the car rattling o'er the stony street; On with the dance! let joy be unconfined; No sleep till morn, when Youth and Pleasure meet To chase the glowing Hours with flying feet But hark!
Ç’˙âë˙şňüń˙ ó 916 ęíčăŕő âłä 1816 äî 2008
Áłëüřĺ
Ńňîđłíęŕ 78 - If this printing press don't break down, I'll be dd if I don't give the old hog all he wants of Erie.
Ç’˙âë˙şňüń˙ ó 25 ęíčăŕő âłä 1886 äî 2006
Ńňîđłíęŕ 82 - ... that doubts had been raised as to the legality of the recent issue of some two hundred thousand shares of stock, and that only about this amount was to be had in America ; the trustee therefore petitioned for authority to use the funds of the corporation to purchase and cancel the whole of this amount at any price less than the par value, without regard to the rate at which it had been issued. The desired authority was conferred by Mr. Justice Barnard as soon as asked. Human assurance could go...
Ç’˙âë˙şňüń˙ ó 11 ęíčăŕő âłä 1869 äî 2006
Ńňîđłíęŕ 122 - He then told me that he had sent it, that Mr. Gould had sold $500,000 in gold belonging to Mrs. Grant, which cost 32, for 37 or something in that neighborhood, leaving a balance in her favor of about £27,000, and that a check for $25,rOO had been sent. Said I : ' Mr. Corbin, what can you show me that goes still further than your talk f ' Oh, well,' the old man said, ' I can't show you anything, but,' said he,
Ç’˙âë˙şňüń˙ ó 10 ęíčăŕő âłä 1870 äî 2006
Ńňîđłíęŕ 8 - Wall Street, hobbling down on their canes to their brokers' offices. Then they always buy good stocks to the extent of their bank balances, which have been permitted to accumulate for just such an emergency. The panic usually rages until enough of these cash purchases of stock is made to afford a big "rake in." When the panic has spent its force, these old fellows, who have been resting judiciously on their oars in expectation of the inevitable event, which usually returns with the regularity of...
Ç’˙âë˙şňüń˙ ó 11 ęíčăŕő âłä 1887 äî 2006
Ńňîđłíęŕ 116 - He then asked me what I thought about it. I remarked that I thought if that policy was carried out, it would produce great distress, and almost lead to civil war; it would produce strikes among the workmen, and the workshops to a great extent would have to be closed; the manufactories would have to stop. I took the ground...
Ç’˙âë˙şňüń˙ ó 14 ęíčăŕő âłä 1870 äî 2006
Ńňîđłíęŕ 284 - The Knights of Labor have undertaken to test, upon a large scale, the application of compulsion as a means of enforcing their demands. The point to be determined is whether capital or labor shall, in future, determine the terms upon which the invested resources of the nation are to be employed. To the employer, it is a question whether his individual rights as to the control of his property shall be so far overborne as to not only deprive him of his freedom but also expose him to interferences seriously...
Ç’˙âë˙şňüń˙ ó 10 ęíčăŕő âłä 1887 äî 2006
Ńňîđłíęŕ 78 - I thought, if these sort of men always wear that sort of shoe, I might want a pair. He said I must take my position as I found it ; that there I was, and he would keep his bloodhounds (the lawyers) on our track; that he would be damned if he didn't keep them after us if we didn't take the stock off his hands. I told him that if I had my way, I'd be damned if I would take a share of it ; that he brought the punishment on himself and he deserved it. This mellowed him down. I told him that he was a...
Ç’˙âë˙şňüń˙ ó 11 ęíčăŕő âłä 1886 äî 2006
Ěĺířĺ

Henry Clews was born in England in 1836 and emigrated to the United States in 1850. In 1859, he confounded the banking firm that later became Livermore, Clews, and Company, which was the second largest marketer of federal bonds during the Civil War. Later, Clews organized the Committee of Seventy, Which deposed the corrupt Tweed Ring in New York City. He also served as an economic consultant to President Ulysses Grant and wrote and lectured widely on diverse economic and political issues. 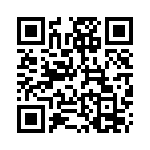