Ńņīš³ķźą 5
The term rules governing the admissibility of " ambiguity ” is used here in its broad- parol evidence to make clear a ... as connoting any doubt , ununcertain , and ambiguous description certainty , double meaning , or vagueof land ...
Ńņīš³ķźą 10
Therefore , it is cona latent ambiguity , to explain which sidered expedient to treat this interparol evidence was admissible . The mediate type of ambiguity along with court said that a latent ambiguity the latent ambiguity .
Ńņīš³ķźą 97
777 , 23 So. or district and number , or any 430 , that the ambiguity was latent , to boundaries or monuments , either nat- explain which parol evidence was adural or artificial , in the deeds , the missible . The court said that on the ... 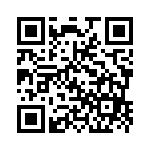