Ńňîđłíęŕ 442
Thereafter, on August 11th, in consideration of the sum of $750, he executed a
warranty deed to the same lands to the plaintiff, J. L. Mainard. Two days after the
institution of this action he executed to his mother, Rina Henderson, another
deed ...
Ńňîđłíęŕ 443
Bud Bowlegs testified that he had not sold the land to his mother, and that she
had never paid him anything for It, and further, that, at the time of the sale to Mr.
Mainard, he explained to Mainard that the deed he had executed to his mother
was ...
Ńňîđłíęŕ 902
Here follows a copy of a purported quitclaim deed from Harry W. Kelly to Paul
Sands, dated the 29th day of August, 1916. and apparently executed by Harry W.
Kelly in the presence of C. W. Green and Atkin Wilson, as witnesses, with a ... 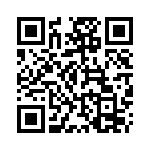