Davis D.Joyce, Professor of History at East Central University, Ada , Oklahoma , served from 1994 to 1996 as Soros Professor of American Studies at Kossuth University in Hungary. He is the author of Edward Channing and the Great Work and History and Historians: Some Essays , editor of A History of the United States by Edward Channing, and coauthor of United States History: A Brief Introduction for Hungarian Students (with Tibor Glant) and The Writing of American History , also published by the University ofnbsp; Oklahoma Press.

Twice elected to the U.S. Senate from Oklahoma, Fred L. Harris is now Professor Emeritus of Political Science at the University of New Mexico, Albuquerque. He is the author of numerous works of fiction and nonfiction, including the novel Following the Harvest. 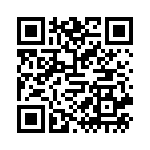