Ńņīš³ķźą 7
I told him he declared that it was a damned of the problems of the small comdraughty house , and moved to munity , of the quarrels with their another sofa . I then began , as best Governors , of their sturdy indepenI might , to trace ...
Ńņīš³ķźą 302
Alec Rory understood it when it reached him and told his wife Sylvia , The old man wants us to come at once , and keep our mouths shut . He's got a nesting hoopoe to show But the postmistress , Mrs Hatter's sister , knew no Latin .
Ńņīš³ķźą 547
And yes , they had very good noses ; they could smell the trail of a boar , Demetrius told us , even if it was two days old . “ Kala , ” we said ; " polli - polli - polli kala . " It was difficult to explain the function we wanted them ... 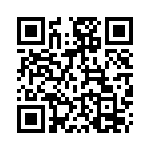