Сторінка 845
Paul Smith , both of Baltimore , amici County , Maryland . He , together curiae , on
behalf of Commissioners of with his family , had been occupying Balto County .
this trailer house as a residence , Philip H. Dorsey , of Leonardtown , place of ...
Сторінка 1055
DILLARD V. KERN COUNTY ( Cal ) ( re Another basis of the decision in
DILported herewith ) , and therein deemed LARD V. KERN COUNTY ( Cal ) (
reportto apply to an action to recover from ed herewith ) ante , 1048 , was that ,
una county ...
Сторінка 1397
conwere ment of benefits against their prop denied prayer for a writ of
mandaerties in the improvement districts mus ; however , after the amount of
involved , and as stated in Dwyer v . liability had been fixed by decree or Le Flore
County ... 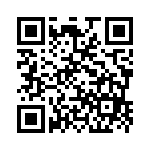