A very good account of a young man finding his feet. There is a good overall story of family life in the 50s. Close relationships, possible taboos and the zest for life of the young people. There is ... Читати огляд повністю

Crossing the Lines: A Novel

The final volume in Bragg's acclaimed trilogy about post-World War II England (after Soldier's Return and Son of War ) picks up in the mid-1950s as young Joe Richardson becomes the first in the ... Читати огляд повністю

Melvyn Bragg is a British writer and broadcaster. His novels include The Hired Man, for which he won the Time/Life Silver Pen Award, Without a City Wall, winner of the John Llewellyn Rhys Prize, The Soldier's Return, winner of the WHSmith Literary Award, A Son of War and Crossing the Lines, both of which were longlisted for the Man Booker Prize, and most recently Grace and Mary. He has also written several works of non-fiction, the latest being The Book of Books about the King James Bible. In 2015, his book The Adventure of English became a New York Times bestseller. He lives in London and Cumbria. 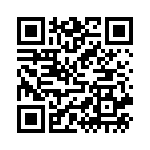