Ńņīš³ķźą 200
In other words , the case presented , under the conditions stated , is for the
consideration and determination of the jury whether , as a matter of fact , there
was extraneous matter in the bottle when sold to the consumer , and , if so ,
whether it ...
Ńņīš³ķźą 222
... became tailer , for injuries sustained in drink sick , and discovered that there
was ing animal matter contained in the foreign substance in the bottle , which
beverage , where , at the close of the was corroborated by witnesses who
plaintiff's ...
Ńņīš³ķźą 438
ter does not either expressly or im- ject matter of the ordinance which pliedly
grant to it the power to leg has been proposed . Plaintiffs ' atislate on the
proposed subject mat tack upon the contemplated action ter even though there
be no statute ... 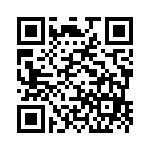