Gail Godwin was born on June 18, 1937, in Birmingham, Ala. and graduated from the University of North Carolina and University of Iowa. Godwin writes about strong women, a perspective she gathered from her own life. After her father abandoned her at an early age, she was raised by her mother and grandmother. Her father eventually returned on the day of her high school graduation and she lived with him for a brief period before he ultimately shot and killed himself. Godwin worked as a reporter for The Miami Herald, and later as a travel consultant before achieving her fame as a writer. Godwin's novels are about contemporary women, frequently Southern, who search for meaning in their lives. In Glass People, the heroine is a beautiful woman who learns that her husband is merely obsessed with her beauty and unconcerned about her as a person. Other popular titles include The Odd Woman and The Good Husband. Godwin has been the recipient of several honors including a Guggenheim Fellowship and an Award in Literature from the American Institute and Academy of Arts and Letters. 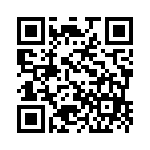