Jim Wilce has been Assistant Professor of Anthropology at Northern Arizona University since 1994. His anthropology graduate studies, fieldwork, and his first book - Eloquence in Trouble: Poetics and Politics of Complaining in Bangladesh - combined his lifelong interests in language, illness, and healing. He has been working to develop a sociocultural perspective on psychoneuroimmunology and its role in symbolic healingsince 1990. His article on language and healing has appeared in Journal of Linguistic Anthropology (1999) and has been reprinted twice, and his work in psychiatric anthropology has appeared in Cultural Anthropology, and the forthcoming volume, The edge of Experience: Culture, Subjectivity, and Schizophrenia (Cambridge University Press, 2003).

Wilce lived in Bangledesh for five years in the 1980s and 1990s. He did fieldwork in the Chandpur and Comilla Districts, focusing on suffering and its discursive expressions in domestic and medical settings. He has focused particular attention on spontaneously improvised laments once heard commonly in Bangladesh and around the world. His article on lament appeared in Comparative Studies in Society and History (2001) and his new book on this topic, Crying Shame, should appear in 2005. 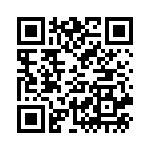