JOHN S. PENDERGAST is Assistant Professor of English at Southern Illinois University, Edwardsville. His publications have appeared in such journals as ELH, Studies in Philology, and Extrapolation. 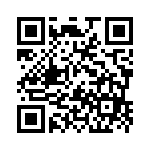