I managed to find this book fascinating and way too long. It was very well researched but lack a strong narrative arc to hold all the detail together. That said, I'm glad I stuck with it because it ... Читати огляд повністю

The real tragedy is not hidden in J. Robert Oppenheimer´s life - because he took a responsible stand once he understood and atoned for his errors by spreading intelligence about what nuclear weapons ... Читати огляд повністю

Kai Bird is the author of The Chairman: John J. McCloy, The Making of the American Establishment and The Color of Truth: McGeorge Bundy and William Bundy, Brothers in Arms. He coedited with Lawrence Lifschultz Hiroshima’s Shadow: Writings on the Denial of History and the Smithsonian Controversy. A contributing editor of The Nation, he lives in Washington, D.C., with his wife and son.

Martin J. Sherwin is the Walter S. Dickson Professor of English and American History at Tufts University and author of A World Destroyed: Hiroshima and Its Legacies, which won the Stuart L. Bernath Prize, as well as the American History Book Prize. He and his wife live in Boston and Washington, D.C. 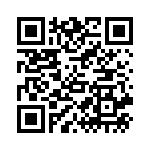