Carol J. Dempsey, OP is professor of biblical studies at the University of Portland, Oregon, with special expertise in Old Testament and prophets. She holds a PhD in biblical studies from The Catholic University of America, and has authored several books including Jeremiah: Preacher of Grace, Poet of Truth (Liturgical Press, 2007) and Reading the Bible, Transforming Conflict. 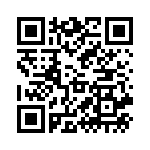