This is a lovely book that demonstrates just how much of a fighter Muhammad Ali. It covers biographical details of his life in interesting ways, and discusses his fights in the boxing ring, in the ... Читати огляд повністю

Walter Dean Myers was born on August 12, 1937 in Martinsberg, West Virginia. When he was three years old, his mother died and his father sent him to live with Herbert and Florence Dean in Harlem, New York. He began writing stories while in his teens. He dropped out of high school and enlisted in the Army at the age of 17. After completing his army service, he took a construction job and continued to write. He entered and won a 1969 contest sponsored by the Council on Interracial Books for Children, which led to the publication of his first book, Where Does the Day Go? During his lifetime, he wrote more than 100 fiction and nonfiction books for children and young adults. His works include Fallen Angels, Bad Boy, Darius and Twig, Scorpions, Lockdown, Sunrise Over Fallujah, Invasion, Juba!, and On a Clear Day. He also collaborated with his son Christopher, an artist, on a number of picture books for young readers including We Are America: A Tribute from the Heart and Harlem, which received a Caldecott Honor Award, as well as the teen novel Autobiography of My Dead Brother. He was the winner of the first-ever Michael L. Printz Award for Monster, the first recipient of the Coretta Scott King-Virginia Hamilton Award for Lifetime Achievement, and a recipient of the Margaret A. Edwards Award for lifetime achievement in writing for young adults. He also won the Coretta Scott King Award for African American authors five times. He died on July 1, 2014, following a brief illness, at the age of 76. 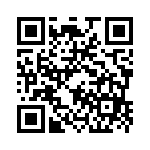