Born to European emigrants, William Kronick grew up in Amsterdam, New York. He won a scholarship to Columbia College where he was active in the Columbia Players’ stage productions. He also helped form The Gilbert and Sullivan Society at Barnard College.
While at Columbia, William Kronick was deeply impressed by the Swedish playwright August Strindberg, especially by his major work, "Miss Julie," which had been made into a movie directed by Alf Sjoberg.
After graduation William Kronick was drafted into the U.S. Navy where he became a Photographer’s Mate. During a North Atlantic exercise, his ship anchored at Stockholm. Kronick took this opportunity to contact Alf Sjoberg, who agreed to meet with him.
Kronick asked Sjoberg about an apprenticeship. Sjoberg suggested that his protégé, Ingmar Bergman, might be a more rewarding filmmaker to observe and made the arrangements with Svenskfilmindustri Studios for Kronick, once out of the Navy, to be part of Bergman’s next film "The Magician." He was the first foreigner to be granted such entree.
Upon returning to New York Kronick found a job as Production Assistant with Louis de Rochemont Associates. So began his four-decade career as a writer, director and producer.
Kronick's first film was a twenty-seven minute comedy-satire called "A Bowl of Cherries" (1961). The film, which played in nearly a thousand art theaters in the U.S. and Europe, was seen in L.A. by a producer of TV documentaries, David L. Wolper. He offered Kronick the directing/writing position on a new reality series, "Story of..."
Over a period of decades, Kronick, with total creative control, would write and direct some of Wolper’s highest-rated Network Specials, ranging from "Alaska!" (National Geographic) to "Plimpton!" to "The Five-Hundred Pound Jerk" (A Movie-of-the Week, Director only) to "Mysteries of the Great Pyramid."
His first feature, independently financed, was "A Likely Story" (a.k.a. "The Dublin Murders"). Kronick also did long-term stints as Second Unit Director on features such as "King Kong" (1976) and "Flash Gordon" (1980), on which he was responsible for many action and special effects sequences.
In 2000 he devoted himself to writing novels. The tales are contemporary morality stories, dealing mainly with film and theater.
He has been married and divorced twice and has a son, Max, by his second wife. Kronick resides in Los Angeles. 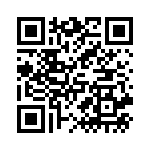