Jiang Yonglin is associate professor of East Asian studies at Bryn Mawr College and the author of The Mandate of Heaven and the Great Ming Code. 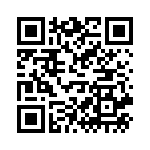