Ńņīš³ķźą 34
The water Jehovah's Witnesses , for it is a is heated by a geyser whose pilot- proselytising sect , the Soka - Gakkai light extinguishes itself if there is a is less militant and less intolerant of wind .
Ńņīš³ķźą 194
It would contain different curriculum from , say , age too many questions that the less twelve , and a different examination able child could not answer , or at the end of it . Far too many of it would not provide a sufficient them have ...
Ńņīš³ķźą 378
... for comparative international statistics , quoted in The Economist , show that in 1966-70 ' the average Irishman drank far less beer than the average Belgian , Dane , Englishman , German , New Zealander or Swiss , far less spirits ... 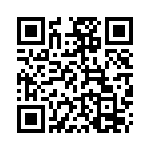