Ńňîđłíęŕ 37
In “ The Author's Prologue ” to the first book of Gargantua , Rabelais explains that Sileni , in the days of yore , were small boxes such as you may see nowadays at your apothecary's . They were named for Silenus , foster father of ...
Ńňîđłíęŕ 92
There are also a singing statue , poems in Portuguese , a twisted use of time , and , last but not least , the withholding of the main character's appearance in the novel until Book V , a main character named Diana who ironically is the ...
Ńňîđłíęŕ 94
... and Lenio in Book IV [ II , 43-71 ] ) , and he interpolates numerous wholly non - pastoral tales into the work , like the Italianate “ Los dos amigos . ” Typical also is the use of violence as the intrusive element in the novel . 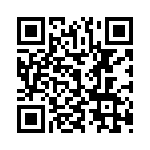