Сторінка 44
These stories begin with the tale of creation, of Adam and Eve in the Garden of
Eden, of their temptation and fall, then the fatal story of Cain and Abel, followed
by the tale of the flood and of Noah's Ark. Next comes the story of the Tower of ...
Сторінка 101
The complete Latinizing of the West, followed by the central- 1 ized control of the
bishop of Rome, had no counterpart in the East, either in language or church
organization. In the West, Anglo-Saxons, Irish, French, Germans, Poles, Magyars,
...
Сторінка 186
At daybreak, there was the service of Prime followed by a regular mass. Then the
monks went to the chapter house where tasks for the day were assigned; a
sermon might be preached, and those who desired might confess. The monks ... 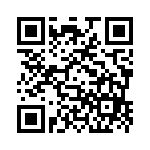