Peter César Amaringo practiced for many years as a healer in the Peruvian Amazon. Today he paints the visions he remembers from his shamanic practice and teachers young people to paint as director of the USKO-AYAR Amazonian School of Painting in Pucallpa, an art school he cofounded with Luis Eduardo Luna in 1988, where local youth are educated in the care and preservation of the Amazon ecosystem.

Luis Eduardo Luna was born and raised in the Colombian Amazon region. He earned his Ph.D. from the Institute of Comparative Religion of Stockholm University. He is a Guggenheim Fellow and Fellow of the Linnaean Society of London. The author of Vegetalismo: Shamanism among the Mestizo Population of the Peruvian Amazon, he has been a Senior Lecturer in Spanish at the Swedish School of Economics in Helsinki since 1979 and since 1986 an Associate of the Botanical Museum of Harvard University. 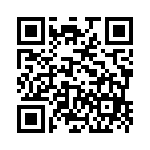