Explains German people at that time in history. We have so many question why this happened.Hopefully knowing will keep it from happening again. Читати огляд повністю

Götz Aly's book examines two questions. Firstly, he tries to explain why ordinary Germans supported Hitler for so long. He claims (with quite some merit) that it was economics not racial motives that ... Читати огляд повністю

One of the most respected historians of the Third Reich and the Holocaust, Götz Aly is the author of Architects of Annihilation, among other books. Winner of Germany's prestigious history award, the Heinrich Mann Prize, Aly has been a visiting fellow at the Holocaust Museum in Washington, D. C., and currently teaches at the University of Frankfurt. He lives in Berlin. 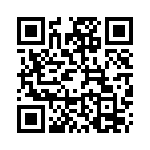