Ńňîđłíęŕ 124
A first question in assessing the conflict between Irish and English economic
opinions and prejudices is whether or not the English were aware of the realities
of Irish economic life , and of the condition of the country from time to time .
Ńňîđłíęŕ 171
It was a negative success , preventing something not wanted , a preservation of
the status quo according with a substantial area of English opinion , and backed
by remarkable unity of conviction and emotion . Nationalist Ireland wanted ...
Ńňîđłíęŕ 189
... Parliamentary Elections and the Influence of the Catholic Vote , 1801 - 20 ' ,
Historical Journal , x , 2 , ( 1967 ) . KEEP , G . R . C . ' Official Opinion on Irish
Emigration in the later 19th Century ' , Irish Ecclesiastical Record , 5th Series ,
lxxxi ... 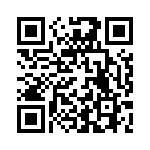