Saint Augustine was born to a Catholic mother and a pagan father on November 13, 354, at Thagaste, near Algiers. He studied Latin literature and later taught rhetoric in Rome and Milan. He originally joined the Manicheans, a religious sect, but grew unhappy with some of their philosophies. After his conversion to Christianity and his baptism in 387, Augustine developed his own approach to philosophy and theology, accommodating a variety of methods and different perspectives. He believed that the grace of Christ was indispensable to human freedom, and he framed the concepts of original sin and just war. His thoughts greatly influenced the medieval worldview. One of Augustine's major goals was a single, unified church. He was ordained a priest in 391 and appointed Bishop of Hippo, in Roman Africa, in 396. Augustine was one of the most prolific Latin authors in terms of surviving works, and the list of his works consists of more than one hundred separate titles. His writings and arguments with other sects include the Donatists and the Pelagians. On the Trinity, The City of God, and On Nature and Grace are some of his important writings. Confessions, which is considered his masterpiece, is an autobiographical work that recounts his restless youth and details the spiritual experiences that led him to Christianity. Many of Augustine's ideas, such as those concerning sin and predestination, became integral to the doctrines of the Roman Catholic Church. In the Catholic Church he is a saint and pre-eminent Doctor of the Church, and the patron of the Augustinians. He is the patron saint of brewers, printers, and theologians. Augustine died on August 28, 430.

Born in France, Thomas Merton was the son of an American artist and poet and her New Zealander husband, a painter. Merton lost both parents before he had finished high school, and his younger brother was killed in World War II. Something of the ephemeral character of human endeavor marked all his works, deepening the pathos of his writings and drawing him close to Eastern, especially Buddhist, forms of monasticism. After an initial education in the United States, France, and England, he completed his undergraduate degree at Columbia University. His parents, nominally friends, had given him little religious guidance, and in 1938, he converted to Roman Catholicism. The following year he received an M.A. from Columbia University and in 1941, he entered Gethsemani Abbey in Kentucky, where he remained until a short time before his death. His working life was spent as a Trappist monk. At Gethsemani, he wrote his famous autobiography, "The Seven Storey Mountain" (1948); there he labored and prayed through the days and years of a constant regimen that began with daily prayer at 2:00 a.m. As his contemplative life developed, he still maintained contact with the outside world, his many books and articles increasing steadily as the years went by. Reading them, it is hard to think of him as only a "guilty bystander," to use the title of one of his many collections of essays. He was vehement in his opposition to the Vietnam War, to the nuclear arms race, to racial oppression. Having received permission to leave his monastery, he went on a journey to confer with mystics of the Hindu and Buddhist traditions. He was accidentally electrocuted in a hotel in Bangkok, Thailand, on December 10, 1968. 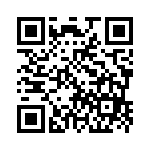