Habits of the Heart is required reading for anyone who wants to understand how religion contributes to and detracts from America's common good. An instant classic upon publication in 1985, it was ... ×čņąņč īćė˙ä ļīāķ³ńņž 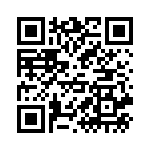