Steven A. Nyce is a Senior Retirement Research Associate with the Research and Information Center of Watson Wyatt Worldwide in Washington, DC. Dr Nyce joined Watson Wyatt in 2000 upon completion of his PhD in economics from the University of Notre Dame, Indiana. He has written numerous articles and spoken regularly at public and private forums on the impacts of demographic aging on the developed economies. His research also includes the study of behavioral aspects of private pensions and public and private retirement policy.

Sylvester J. Schieber is Vice President, Research and Information Center, Watson Wyatt Worldwide in Washington, DC. Prior to joining Watson Wyatt in 1983, he served as the first research director at the Employee Benefit Research Institute in Washington, DC. Before that he served as the Deputy Director of the Office of Policy Analysis, US Social Security Administration. Also at Social Security he served as the Deputy Research Director of the Universal Social Security Study, a congressionally mandated study that evaluated whether remaining federal and state and local government workers outside the system should be included. Dr Schieber has authored or edited ten books by himself or with colleagues. These include the seventh and eighth editions of the Fundamentals of Private Pensions. His 1999 book with John B. Shoven, The Real Deal: The History and Future of Social Security, received special recognition in the 2000 Paul A. Samuelson Prize competition for economic writing. Dr Schieber served as a senior advisor to the organizers of the Global Aging Initiative at the Center for Strategic and International Studies. He was appointed to the 1994-6 Advisory Council on Social Security convened by the Bill Clinton Administration. He was appointed to a six-year term on the US Social Security Advisory Board in 1997 and reappointed for another term in 2003. 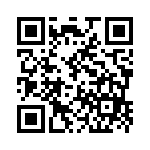