BEING HAL ASHBY: Life of a Hollywood Rebel

The story of how a troubled boy from Utah who rarely watched films became the director of Being There and Harold and Maude, challenging Hollywood with his progressive attitude.FilmInFocus editor ... ×čņąņč īćė˙ä ļīāķ³ńņž

Being Hal Ashby: Life of a Hollywood Rebel (Screen Classics)

Verdict: In the first real biography of Ashby, FilmInFocus editor Dawson delivers a book that is simultaneously informative, insightful, and genuinely fun to read; it will appeal to fans of the cult ... ×čņąņč īćė˙ä ļīāķ³ńņž

Nick Dawson is editor at FilmInFocus.com and writes a weekly interview column, The Director Interviews, for Filmmaker magazine. Originally from the UK, he has written on film for Empire, Uncut, the London Times, and the Scotsman. 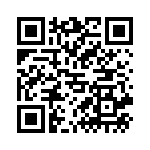