very good info — until end — a few sour grapes He has been called the most trusted man in America. His 60-year-long journalistic career has spanned the Great Depression, several wars, and the ... Читати огляд повністю

Absolutely brilliant. Clear, lucid prose recounting some of the great turning points in history by a man who was there. Fare thee well, Walter; your kind is not seen but once in a generation. Читати огляд повністю

Walter Cronkite was born in St. Louis, Missouri on November 4, 1916. As a teenager, he got a job with The Houston Post as a copy boy and cub reporter. In college, he worked part-time for the Houston Press, a paper he joined full-time after leaving the University of Texas in 1935. From 1940 to 1949, he reported for the United Press wire service. One of the first journalists accredited to cover World War II, Cronkite accompanied Allied forces into North Africa, reported on the Normandy invasion and the Battle of the Bulge. At the end of the war, he became UP's bureau chief in Moscow and then its chief correspondent at the Nuremburg war crimes trials. After returning to the United States in 1948, he covered Washington, D.C., for a group of radio stations before joining CBS, where he remained for the rest of his career, first working on various news programs and then, in 1962, becoming anchor of the CBS Evening News. Over the years, Cronkite covered such events as the assassination of President John F. Kennedy, the moon landing of Apollo II (staying on the air 24 hours to do so), the Vietnam War, and the Watergate scandal. He twice visited Vietnam during the war, and, after the Tet offensive in 1968, candidly questioned the rationale for American involvement and the U.S. military's prospects for victory. He won numerous awards including several Emmy Awards, the Peabody Award in 1962, the William A. White Journalism Award in 1969, the George Polk Award in 1971, and the Presidential Medal of Freedom in 1981. After his retirement in 1981, Cronkite continued to work on special projects for CBS and wrote his autobiography A Reporter's Life in 1996. He died from was complications of dementia on July 17, 2009 at the age of 92. 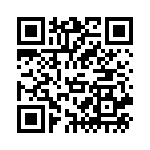