Encyclopedia of antislavery and abolition

Both of these two entries in Greenwood's "Milestones in African American History" series offer a solid foothold for high school or college students beginning research on slave resistance or abolition ... ◊ŤÚŗÚŁ ‚ŚŮŁ ÓÚÁŻ‚

PETER HINKS earned his Ph.D. in American history from Yale University in 1993. He has taught at Yale University, Bennington College, Grinnell College, and Hamilton College. He is the author of the award-winning book, To Awaken My Afflicted Brethren: David Walker and the Problem of Antebellum Slave Resistance. He works professionally in public history and has recently co-curated the new exhibit at the Historical Society of the Town of Greenwich, "Intimate Strangers: Slavery and Freedom in Fairfield County, 1700-1850." Dr. Hinks is the senior historian for a major exhibit on slavery and its demise in New York City, "Africans in New York, 1620-1865," which opened at the New York Historical Society in October 2005. With the late Professor John Blassingame and Professor Jack McKivigan, he co-edited Frederick Douglass' first two autobiographies, Narrative of the Life of Frederick Douglass and My Bondage and My Freedom. 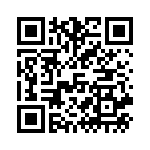