Ņōîđŗíęā 58
... Hardy's subject matter never focuses for more than a few pages at a time . Acts
II , III , and VI of Part Second , as well as two brief scenes in Act IV , show - fitfully
 the campaign that rages , or attenuates , from the Pyrenees to western Spain .
Ņōîđŗíęā 60
... this three - year period conspire against him , and his collapse will occupy the
full attentions of the poet in Acts VI and VII . The Waterloo of these Acts serves to
counterpoint the Trafalgar of Act V in Part First , and to conclude the record of ...
Ņōîđŗíęā 63
Human beings may be tiresome , and may commit  bad mad acts of severance , "
but the Will , which Hardy did not intend to resemble any anthropomorphic
creation of the human race , is not , as a consequence , disenchanted . When a "
new ... 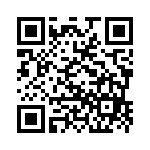