—ÚÓū≥ŪÍŗ 671
App . 420 , 72 S. W. 248 , with the result of defeating an action in Texas on a
parol contract valid if governed by the law of Texas , notwithstanding the
contention that the Arkansas statute did not affect the validity of the contract . In
Brinker v .
—ÚÓū≥ŪÍŗ 674
made , providing in effect that such a not been done , the contract could not
contract should not be allowed to be be enforced in Pennsylvania . In this good
unless in writing , although the case , the plaintiff insisted , among othgoods were
...
—ÚÓū≥ŪÍŗ 1017
659 , 120 P. 755 , where it was held that the restoration of an abstract of title ,
which had been lost in an earthquake , was not a condition precedent to
rescission of a contract for the sale of property , where the vendor was not
required by the ... 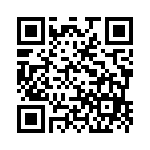