Сторінка 55
From October 1 , 1940 , to April 2 , As has already been emphasized , 1941 ,
appellant was paid $ 125 a the initial agreement , which was in month , which ,
likewise , was the rewriting , was one besult of a definite agreement between ...
Сторінка 61
the necessity , sufficiency , and effect of facts , as well as the permissible limits of
action , claimed to constitute an abrogation or termination of , or modification or
relaxation of or deviation from , a collective labor agreement , by the parties ...
Сторінка 290
In short , an agreement respectdid not conform with the provisions ing
compensation , to merit approval , of the Compensation Act . It appeared must
follow and conform to the provithat the employer had denied liability sions of the
act . 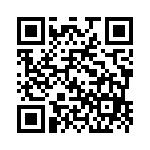