Сторінка 82
McAdam ( 1902 ) 38 Misc 18 , 76 NYS 701 ( the tract were described in a
particular opinion , however , disclosing no relemode , so as to exclude the land
in controversy , unless that description , or vant details with respect to the suit the
fact ...
Сторінка 422
A. That's right . tract had been executed and only a “ Q. In other words , you had a
few days remained before the contract , you wanted certain original contract
would be auto changes , you drafted a new conmatically renewed unless notice
of ...
Сторінка 1289
In the trial court plaintiff offered 1908 , registered 15 August , 1908 , in evidence
record of the following for " an undivided sixth interest in muniments of title : a
tract of land situated in Ellijay 1. Five certain State grants to Township , known as
... 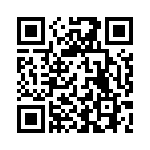