From his birth (on Long Island, New York, in 1939), Adi Da Samraj has always manifested unique signs of spiritual illumination and of artistic and literary inspiration. Today, he is seen by a number of people worldwide as an avatar–as the Divine Heart-Master, the Very Incarnation of Truth Itself.

After having earned a BA from Columbia University and an MA from Stanford University, Adi Da began a period of intensive practice under a succession of spiritual masters in the United States and India. Eventually, in 1970, after a final period of intense spiritual endeavor, Adi Da spontaneously became reestablished in the continuous state of illumination that was his unique condition at birth—and that re-awakening signaled the end of his thirty years of spiritual quest. In 1972, he began to teach in living dialogue, creating a vast repository of wisdom.

To date, his literary, philosophical, and practical writings consist of over sixty published books (The Knee of Listening,Easy Death,andMy “Bright” Wordamong his most popular). Many of his discourses are also available on DVD and CD from The Dawn Horse Press.

Since 1998, he has created a massive body of artwork using the media of photography, videography, and digital technology. He states that his intention as an artist is to offer a visual communication of the truth of "Reality Itself.” His collateral exhibition at the 52nd Biennale di Venezia (2007), “Transcendental Realism,” marks the first time his work is being shown to the public at large. 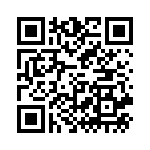