Excellent book, well-documented, well-reasoned and goes on the "must read" list for our homeschoolers, if only to learn from Shermer in how to frame and refute the arguments.It's not a long read, and ... ×čňŕňč îăë˙ä ďîâíłńňţ

A short, easy-to-read book from the editor of Skeptic Magazine. Shermer discusses the difference between the science of evolution and the idea of intelligent design, and explains why the one is taught ... ×čňŕňč îăë˙ä ďîâíłńňţ

Michael Shermer is the author of The Believing Brain, Why People Believe Weird Things, The Science of Good and Evil, The Mind Of The Market, Why Darwin Matters, Science Friction, How We Believe and other books on the evolution of human beliefs and behavior. He is the founding publisher of Skeptic magazine, the editor of Skeptic.com, a monthly columnist for Scientific American, and an adjunct professor at Claremont Graduate University. He lives in Southern California. 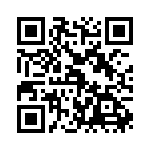