Сторінка 44
These stories begin with the tale of creation, of Adam and Eve in the Garden of
Eden, of their temptation and fall, then the fatal story of Cain and Abel, followed
by the tale of the flood and of Noah's Ark. Next comes the story of the Tower of ...
Сторінка 96
This was followed by a period of struggle at home over the use of Christian
images, the Iconoclastic Strife, and, abroad, with the effort to hold some of her old
empire against the successful onslaughts first of the Persians, then of the ...
Сторінка 101
The complete Latinizing of the West, followed by the centralized control of the
bishop of Rome, had no counterpart in the East, either in language or church
organization. In the West, Anglo-Saxons, Irish, French, Germans, Poles, Magyars,
and ... 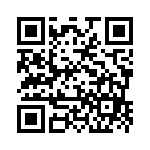