Bonnie Christensen was born in Saranac Lake, New York in 1951. She received a bachelor's degree in theatre and communication from the University of Vermont. She worked backstage at Joseph Papp's Public Theater, the Actor's Studio, and other studios in New York City for 13 years. She also wrote several plays that were produced off-off Broadway. She was an author, artist, and book illustrator. Her first book, An Edible Alphabet, was published in 1994. She wrote and illustrated a number of picture books including Django: World's Greatest Jazz Guitarist, Woody Guthrie: Poet of the People, Fabulous: A Portrait of Andy Warhol, The Daring Nelly Bly: America's Star Reporter, A Single Pebble: A Story of the Silk Road, and Elvis: The Story of the Rock and Roll King. She died of ovarian cancer on January 12, 2015 at the age of 63. 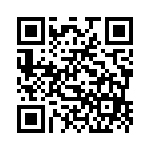