Smollett, the only major eighteenth-century English novelist whose work can seriously be called picaresque, came to the writing of novels with a strong sense of Scottish national pride (an alienating element in the London of the 1750s and 1760s), a Tory feeling for a lost order, horrifying experiences as a physician, and a fierce determination to make his way in the literary world. Prolific in a variety of literary forms, he was particularly successful as a popular historian, magazine editor, translator of Cervantes (see Vol. 2), and author of novels about adventurous, unscrupulous, poor young men. His work is marked by vigorous journalistic descriptions of contemporary horrors, such as shipboard amputations or the filthy curative waters of Bath; by a flair for racy narrative often built on violence and sentiment, and for comedy that often relies on practical jokes and puns; and by a great gift for creating comic caricatures. His peppery Travels through France and Italy (1766) was something of a spur to Laurence Sterne's Sentimental Journey, in which Smollett is referred to as Dr. Smelfungus, who "set out with the spleen and jaundice, and every object he passed by was discolored or distorted---He wrote an account of them, but 'twas nothing but the account of his miserable feelings." Smollett's most notable novels are Roderick Random (1748), Peregrine Pickle Pickle (1751), Ferdinand Count Fathom (1753), Sir Launcelot Greaves (1762), which set a precedent by first being serialized in his British Magazine (January 1760--December 1761), and especially The Expedition of Humphrey Clinker (1771), a relatively mellow work that follows the travels of Matthew Bramble, an excitable Welshman, from his home through chaotic England to idyllic Loch Lomond and back. Bramble himself finds what Smollett had irrecoverably lost---his health---as well as a son from his youth. Smollett died in 1771, the year of the novel's appearance, in Leghorn, Italy, and is buried in the English cemetery there. 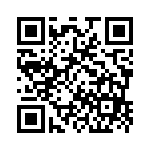